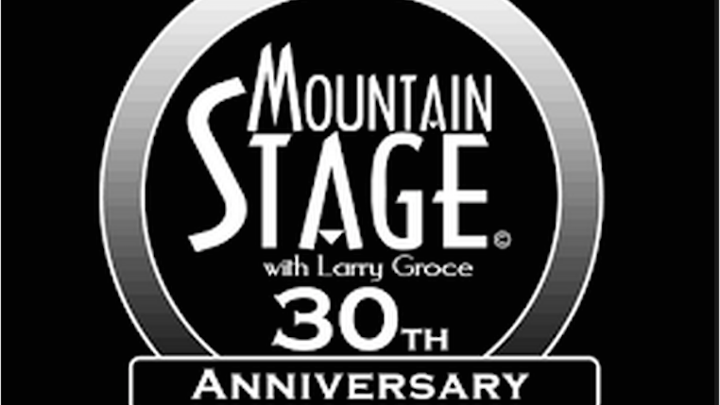 In the early 1970s, a young singer-songwriter named Larry Groce was launching his career in the music business. He had grown up in Texas, moved to Los Angeles, started recording albums, and in 1976 had a Top Ten hit with the novelty song “Junk Food Junkie.”

After that song came out, Dick Clark invited Groce onto his American Bandstand show. You can see a clip from that here—and down at the very bottom of this item, a different clip of Groce singing the “Junk Food” song. But what Clark mainly asks about in this clip is Groce’s recent role as a “musician in residence,” sponsored by the National Endowment for the Arts, in rural areas of West Virginia.

After that first, half-accidental exposure to West Virginia when he was in his early 20s, Groce decided to stay. Last month, my wife Deb and I spent time with him in Charleston, where he has continued his recording career (he has now done 23 albums, including some very successful children’s albums for Disney) and where he and his wife Sandra Armstrong, also a musician, have become major cultural and civic figures. For the past decade Groce has been the founding executive director of FestivALL, an annual ten-day arts festival in Charleston. In the 1980s he owned and ran a ballet school in Morgantown. And for the past 30 years he has been host of (and performer on) the National Public Radio music show Mountain Stage.

We got to see a live Mountain Stage performance at the Civic Center in downtown Charleston, before an enthusiastic and youngish full-house crowd, with tickets arranged through Bob and Susanne Coffield of Charleston. It was two hours of music by a range of established and rising artists. James McMurtry—a singer-songwriter, whom I first met when he was a teenager hanging around in his father Larry’s bookstore in Washington—ended the show. Before him came the acoustic rock/folk/jazz band The Devil Makes Three, based in California; and the “progressive bluegrass” group Yonder Mountain String Band, from Colorado. And opening the evening, for a bewitching 20+ minutes, were two teenaged sisters from Indiana, Lily and Madeleine. You can get an idea of their approach from the look of their site and this studio video of one of the songs they performed.

We had gone to see Groce at his house a few days later because we enjoyed his show, but also because his name frequently came up when we asked people in Charleston, Who makes this town go? West Virginia in general and the Kanawha Valley region around Charleston are, of course, places where not enough has gone right for quite a long time. The coal industry inevitably shrinks; the big processing works that once gave the area the name “Chemical Valley” are mainly gone; other corporate headquarters have left; and the leading employers in the Charleston area are now the hospitals.

So what was it like to run a recording career from here? And to produce a national radio show from a state usually the object of condescension from coastal big-city taste-makers?

I would love to reproduce everything Groce told us that afternoon, but let me boil it down to two themes that matched larger patterns we’ve noticed over the past year.

1. One was about the possibilities and challenges of doing first-tier creative work in what the world considers second- or third-tier locations. I put it that baldly because, whether they come out and say it or not, many of the country’s most ambitious people assume that work of a certain level requires being in a certain place. Finance or arts or publishing, you go to New York. Info tech, the San Francisco Bay area. General misery: Washington, D.C. (a little joke: D.C. is actually a great town, though shamelessly oppressed by Congress). And so on down the list.

The idea of a vast national talent-sorting-out has huge ramifications. The obvious ones involve politics. Here’s a less obvious one: the national commentariat is used to the idea of outrageous, burdensome real estate prices as a central distorting factor in people’s financial lives. That’s because they are exactly that in a handful of places—New York, San Francisco, Los Angeles to San Diego, D.C., and a few more, where most of the commenting people live.

But in countless other places across the country people don’t have to start out assuming that most of what they take home will immediately go out for the rent or mortgage. And we keep finding in such places—in Duluth and Greenville and Redlands and Holland and Sioux Falls and Burlington and Allentown and larger places like Columbus and Pittsburgh—people who have calculated that they can build their company, pursue their ambition, realize their dream without crowding into the biggest cities.

Of course some people have always preferred the small-town life; of course America has always had diverse regional centers; and of course locational concentration matters in many industries. I knew that before we started these travels. What I hadn’t known is how consistently, and across such a wide range, we would find people pursuing first-tier ambitions in what big-city people would consider the sticks.

Now, back to Larry Groce. When he first got to West Virginia, he said he found it comfortable, because “the way people here looked, acted, and even sounded” reminded him of his grandparents’ and great aunts’ generation in Texas. Which made sense, since many Texans of that era had migrated from Appalachia. As he stayed, he came to appreciate its practicality, its lack of pretension, and its person-to-person level of generosity.

Practicality: “It’s one of those places that has never had a boom, so booms and busts are relative. If you’re never up, you can’t be down.”

Lack of pretension: “Lots of people can make an album in the studio who can’t do it live. [Mountain Stage is recorded before a live audience.] That is very West Virginia too: to deliver in person. We have hillbillies, but we’ll tell you what a hillbilly is, you [outsiders] don’t tell us. A hillbilly isn’t an ignorant fool. He’s a straight forward, self-effacing, what-you-see-is-what-you-get-person. He relies on his friends because he doesn’t trust a lot of other things. He is not necessarily formally educated. But he is smart.”

Generosity: “If your car gets broken down, you want it to happen in West Virginia. This whole stuff about Deliverance, it’s just the opposite. If something happens, you want it to happen here. People will stop and help.” Groce told the story of a national network correspondent who came to interview people nearby and found them unwilling to answer questions. So he put up the hood of his car as if it had broken down, and people came over to help him out and talk with him.

How does that affect his show? Groce seems content with and proud of his show and its cultural reach, but he is fully aware that “since it is a national show, we have felt stereotypes people have about West Virginia.”

“Once thing I’ve learned over the years, when you put ‘Mountain’ in the title of something, people think you’re the fiddle-and-banjo show. Which we’re not. Of course, if we were just a old-timey bluegrass country show, we’d probably get more national press, since we’d fit expectations.”

“We see the expectations in the stories that are generated about this place. Have a mine disaster? The reporters are all here. Have a chemical spill ? All here. Have something where it shows that some percentage of the children are poor, or obese? Yes. But if you have Gabriel Kahane and Kate Miller-Heidke on one show, and then James McMurtry, it doesn’t fit the categories, doesn’t make sense.”

If I am making Groce sound defensive in recounting this, I’m mis-representing him. His tone was like that of a politician who understands anthropologist-style that the press simply can’t help concentrating on elections rather than governing, but nonetheless realizes that his or her job comes down to governing.

2. And the second theme I said Larry Groce reminded us of? His sense that West Virginia and Charleston, for all their travails, were moving in the right rather than the wrong direction.

How do the state’s prospects compare with when he first arrived?, we asked. “Lots of people who are older are looking backwards,” he said. “Fifty years ago, there were 80,000 people in Charleston. Now there are 50,000. Back then Union Carbide employed a lot of people with advanced degrees who made good money. So people can get stuck in, ‘I remember when…'”

But, he said, younger people, or those from elsewhere, didn’t have that memory. They were starting new businesses and families and projects. “I think in the last ten years there has been a renaissance,” he said. “It’s easy to go to a place because the money is good. It’s different because you like being there. I am optimistic about this place.”

This is not to discount any of the obvious problems of “this place” but to give an idea of what it’s like to meet someone determined to cope with them.

As promised, here is Larry Groce singing his song “Junk Food Junkie” in the 1980s.

And, as a seasonal bonus, here he is singing “Frosty the Snowman” in a video that has had 13 million hits.