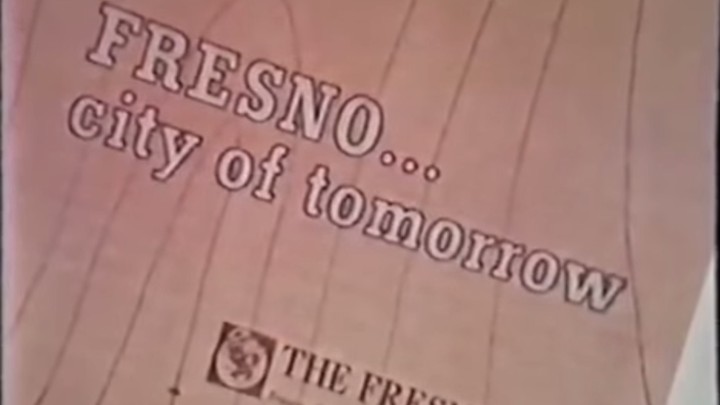 You never thought there would be so much to say say about Fresno? Join the club!

When my wife Deb and I rolled through town a year ago, at the suggestion of Fresno-downtown publican and booster Craig Scharton, we had no idea that a place we’d known mainly as the business center of California’s fertile-but-troubled Central Valley would turn out to be a microcosm of so many economic, environmental, cultural, political, and other  predicaments in modern America.

But it is revealing in all those ways, as we’ve tried to explain in recent posts. For instance, “Creating California’s New Bohemia,” “Reinventing High School,” “California’s Centers of Technology,” and “How Nice Downtowns Got That Way.”

This may be the end for now of our Fresno chronicles, so it’s a place for two “on the other hand” notes. Both involve what is now the centerpiece of urban-recovery efforts: bulldozing an artistically ambitious but commercially stagnant pedestrian-only mall, so it can be re-opened to traffic.

1) An incredible time-capsule film. Exactly 50 years ago, Fresno was celebrating the inspiring opening of this very mall. This video, described on the Streets MN site and in this earlier CityLab post, is a period piece worth watching as a complement to the last stages of Mad Men.

Nothing about this video could be created now. Just take the tone of the announcer’s voice: This was once the dominant tone in newsreel narration, but not an American alive sounds this way. The first few minutes of the film—which was shown in toto at the White House as part of Lady Bird Johnson’s civic beautification campaign—vividly if ham-handedly describe what sprawl was already doing to distort and destroy American cities. (And speaking of ham-handed, notice the shift in background music, from the ominous “urban decay” theme of the opening minutes to the chipper “bright tomorrow!” themes that follow.) The film, juxtaposed with modern scenes, is like the civic version of the movie Boyhood, with the aging process extended much further.
The improbable-drama part of this video is that what it is presenting as the mid-1960s solution to sprawl, an elegant art-filled pedestrian mall, is precisely what is now identified as yet another aggravating and sprawl-intensifying factor. Additional surreal note: The film shows the groundbreaking of the Fresno Fulton Street Mall by the then-governor of California, Pat Brown. Fifty years later, Pat Brown’s son Jerry came to Fresno as governor for groundbreaking on a high-speed rail station that is part of the redevelopment plan.

2) “Historic and aesthetic value” being cast aside. As I’ve mentioned in previous posts like this one, Fresno’s current plan is poignant. The circa-2015 idea of what it takes to save downtown means undoing the circa-1965 artistic and high-minded ideal of how downtown should look.

I’ve said that, on balance, I’m convinced by the 2015 version. Ray McKnight, a former chair of the Downtown Fresno Coalition, writes to say that I am wrong, wrong, wrong. Since I’ve given the other side so much space, I quote him in full.

He begins by saying that he generally agrees with my writing:

That is why I am deeply disappointed in your blogs about the plan to convert Fresno’s Fulton Mall into a street. It appears that you made no effort to interview anyone from the sizable group of community members who are opposed to the mayor’s plan. Perhaps the people you confined all your attention to while in Fresno failed to inform you about this opposition, an opposition so dedicated to the Mall that it has expended tens of thousands of dollars challenging the CEQA and NEPA environmental reports on the project.

The people you relied on for information while in Fresno perhaps also failed to tell you that Fulton Mall was created because Fulton Street was already failing as a retail center.

I have noticed that the Downtown Partnership website makes the shockingly dishonest claim that before 1964 Fulton was “a vibrant Main Street that was open to cars, people and bikes.” The facts are that Fulton was failing as a retail center as businesses were moving to Manchester Center and other places to the north. It was that failure that prompted business and civic leaders to engage Victor Gruen to devise a plan for the downtown in order to reverse the trend. If Fulton Street was failing then, why should it succeed now when there are several popular shopping centers to the north that attract shoppers?

The put-in-the-street proponents studiously ignore the fact that it was poor governmental decision-making that failed to stop the decline of the downtown and prevented the Mall from being a success. An important part of Gruen’s plan for the downtown was the creation of a large number of housing units. That was never done. Only in recent years has there been some effort to create housing in the area around the Fulton Mall.

Another significant blow to saving the downtown was the the City’s reversal of its planning policy. The policy of centralization was changed to a policy of decentralization, as city government supinely submitted to leap-frog development to the north. After Manchester Center came Fashion Fair, then other large shopping centers that accompanied urban sprawl to the north. Failure to complete the Gruen Plan and reversal of planning policy sealed the fate of downtown Fresno as the region’s retail center. Fulton Mall is the scapegoat, not the cause, of the downtown’s decline.

You might want to look into the history of Operation Rezone, the FBI’s investigation several years ago into the corrupt collusion between city officials and developers in Fresno. Those bad-old days may be in the past, but developers still exert a great deal of influence in City Hall. Just recently an organization of developers was successful in getting the draft General Plan to define infill development as covering substantially the entire City. So much for “offsetting” urban sprawl.

The map you include in your blogs, which you say hangs in Mayor Swearengin’s office,  shows the futility of the plan to revive Fulton as a “main street.” When the population of Fresno was around 130,000 and centered around Fulton, everyone could go there to shop. Now there are a half-million people in a sprawling metropolitan area, and shopping malls with free parking offer more convenient parking.

There is no guarantee that turning Fulton Mall into a street will bring more business to the area, but it is certain that the effort will destroy one of the main achievements of  Garrett Eckbo, a world-renowned figure in 20th-Century landscape architecture. [JF note: as described in this post.] Through our efforts, Fulton Mall has gained recognition as a historical resource. When in 2010  the National Park Service determined the eligibility of the Fulton Mall for the National Register of Historic Places, it cited the Mall’s importance as  a work of “master landscape architect, Garrett Eckbo, whose career as both teacher and practitioner helped transform the field of post-war landscape architecture.”

When that announcement was made, City Hall ignored it. They had tried to prevent it by sending a delegation to Sacramento to speak against it when the nomination was being considered by the state’s Office of Historic Preservation. City Hall only began to mention the recognition of the Mall as a historical resource when it could support their applications for federal grants. The City has never attempted to capitalize on wide-spread attention and recognition for the Mall and make the Mall an asset and tourist attraction. No other part of Fresno’s built environment has been given that much attention—and yet we have people who want to eliminate it!

As an example of the recognition of the value of Fulton Mall among reputable experts, I will quote Charles Birnbaum, Founder and President of The Cultural Landscape Foundation: “The Mall is a masterwork of Garrett Eckbo’s professional career and is potentially significant as a National Historic Landmark, both as the work of a master and a rare surviving example with a high degree of design integrity.” The context of that quotation is of special interest. It comes from Birnbaum’s report when he was a consultant in the early stages of the Fulton Corridor Specific Plan.

Many cities may have abandoned their pedestrian malls, but it is doubtful that they had the historic and aesthetic value of the Fulton Mall. To my knowledge only two other pedestrian malls have been given recognition as national historic places: the Downtown Mall in Charlottesville, designed by Lawrence Halperin, and Lincoln Road Mall in Miami Beach, designed by Morris Lapidus. A common feature of those two and the more than a dozen other existing pedestrian malls is that they are praised and promoted on city websites. We can contrast that with the treatment of Fulton Mall by the present and at least two former city administrations: neglect and denigration.

Noted. We heard enough to understand that these questions are divisive and contested. I’ve been in favor of the Fresno plan because it resembles what we’ve seen work elsewhere. And although it sounds lame to end this way, I will end by saying: We’ll hope, and see.