A year ago, America’s Favorite Actor™, Tom Hanks, triggered a series of reports on TV and in the Argus Leader newspaper in Sioux Falls, South Dakota. He did so with one little tweet saying that he’d read about the town in a new book—as it happens, the book was Our Towns, by Deb Fallows and me—and that he was eager to see the city himself, and might even move there.

Tom Hanks
✔@tomhanks
The most optimistic stories, about America! Non-fiction, personal May move to Sioux Falls, at least visit. Rapid City, too. Others! Hanx 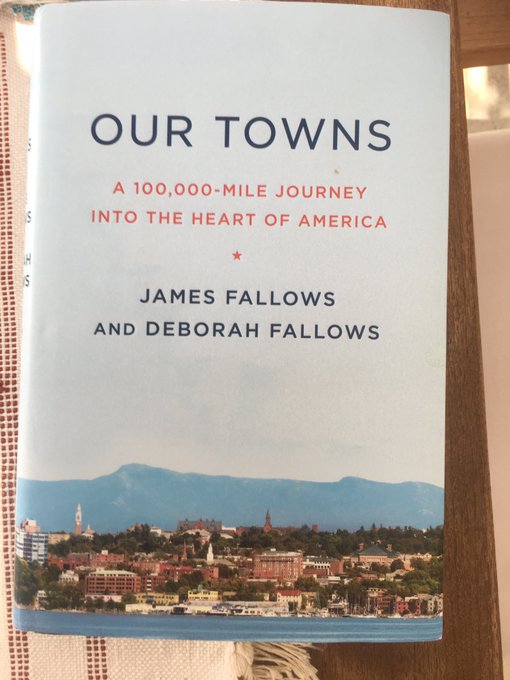 Now Deb and I are back in Sioux Falls, working with our colleagues from HBO on our upcoming film.

One was backstage at the elegant 1,800-seat main performance hall, with a wall of signatures from guest artists. These ranged from Yo-Yo Ma to B. B. King, Joan Baez to Blue Man Group, Garth Brooks to the Paul Taylor Dance Company, with countless others in between. I saw a space that looked as if it were waiting for Tom Hanks’s name.

The other sign—could this be a coincidence?!—was in the wonderful, interactive children’s-science museum within the same Washington Pavilion. On the upper floor there is an oversize piano keyboard, playable with your feet and labeled “Big,” that could have been taken straight from a memorable scene from Tom Hanks’s early filmography.

Yes, I am talking about his famous piano-dancing duet with Robert Loggia more than 30 years ago, in Big. This was a Hanks from long before Forrest Gump or ALeague of Their Own, before Cast Away or Saving Private Ryan, before Philadelphiaor Sleepless in Seattle or Apollo 13—and it is worth watching now, with awareness of all those other films to come.

And it’s another reason for him to make his visit. The town’s all ready for you, Mr. Hanks!