This is a segue back to the aerial view of Americana. Last week I posted a famous and frightening video of a Peruvian pilot skimming mountaintops en route to an airfield in the Andes. The piloting world is full of tut-tutting about that clip, since the pilot seemed to make the approach more hair’s-breadth than he needed to; came in very low across a river before the runway; and touched down on the “displaced threshold” before the runway itself. In any case, all aboard made it, and he looked supremely calm.

The video below, also becoming famous, is both frightening and inspiring. It’s of the fire-fighting planes that have been skimming mountaintops to drop retardants on the huge Rim Fire near Yosemite. The whole thing is dramatic, but it intensifies starting around time 4:00.

As you will guess, the repeated “Landing Gear! Landing Gear!” warnings from an automated voice are triggered because the plane, as it prepares for the drop, is going so slowly that its monitoring systems assume it is about to land. More on this effort from California public radio stations here and here.

On the extended aviation theme, he is a static shot of the current version of our route map. Reports on these cities are in the pipeline, with another swing beginning soon.

And here is the scene in central Wyoming, en route from Pinedale to Cheyenne, a few days ago, with nearly clear skies ahead and on the left side of the plane and a rain shower 25 miles off to the right and behind. 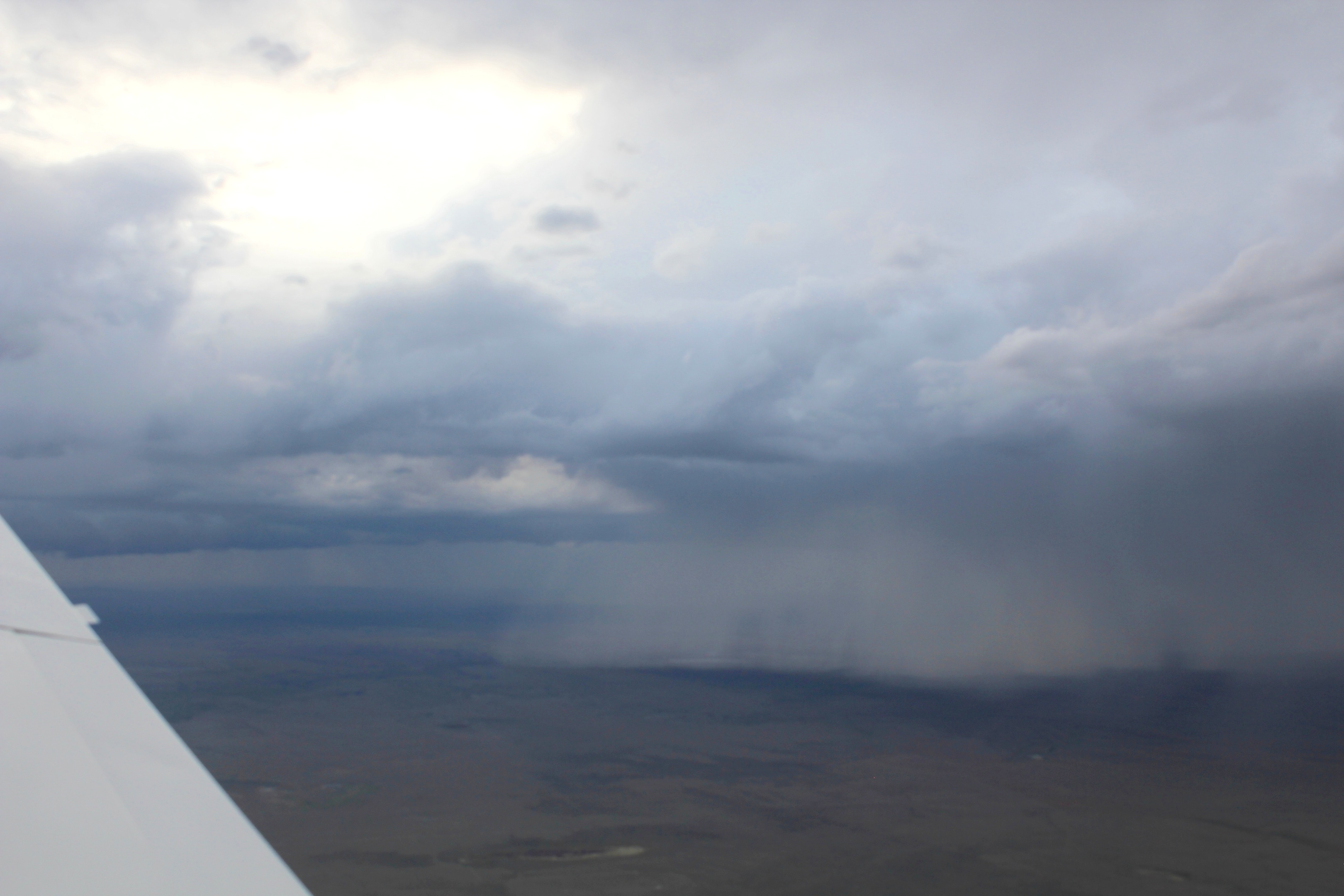 For people in the aviation world, below are the METAR reports for Cheyenne at the time. It was a clear, light-wind situation at the airport and others along the VFR route, with dramatic-looking but isolated rain showers visible and avoidable from far away. We were at 9500 feet at this point, with no rain and high ceilings in front of us and to the right.